Since you may be wondering about the picture of beige fabric in the last post, here is what that is about. I love finding something to do with a plant or plant material that is really prolific, bordering on being a nuisance. For instance, knapweed is one of my favs-it is everywhere and is as beloved by gardeners as much as starlings are loved by birdwatchers (not). So, piles and piles of horse chestnuts are only too tempting. I have done posts in the past about them and made laundry soap out of the nuts themselves. Since they and their hulls are sort of gnarly; meaning they have a lot of tannins and saponins etc., this time I wondered if there was any possibility of using them as a mordant or co-mordant. I also was trying to figure out if it is worth saving them from year to year or to simply go out and get what one needs for the season and let the squirrels have the rest, being one of the few animals that actually eats them. I had old and new hulls to work with. For the eco printing part I used dried and pressed Red Maple leaves (acer rubrum) as those things will print on darn near anything under almost any conditions.


I guess I concluded that it is better to use the new hulls rather than the old and that as a mordant by themselves, the hulls alone are not grusome enough to really be a mordant. However, I did like the alum pre-mordant and then eco printing on top of that. The result is a lot more zingy in real life than the photo and would be a way to get some green in the winter. I am going to let them hang out for a bit and then give them a wash later on to check on the longevity of the color. As mentioned above the nuts themselves are known for making soap. Supposedly if you do it with totally neutral water it actually acts as a "blueing" like our grannies used to make yellowed sheets appear white. I could never get that to work, but it does clean up fabric pretty well.  Due to the saponin content though it is probably no safer than regular laundry soap and is not to be used as soap on skin. As to the name of the post, in Britain and Ireland there is a traditional children's game using the nuts (called conkers); to my understanding the nut is threaded on string and each child swings theirs around to try to break the other's. In terms of safety it sounds like it is somewhere between lawn darts and dodgeball, being closer to dodgeball end of the spectrum.
Posted by Nan Drye at 1:31 PM No comments:

"Expectation is the mother of all frustration." Antonio Banderas 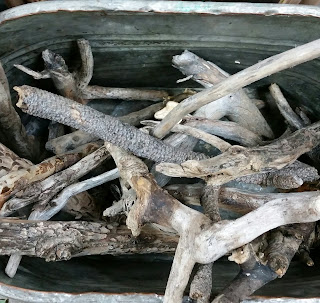 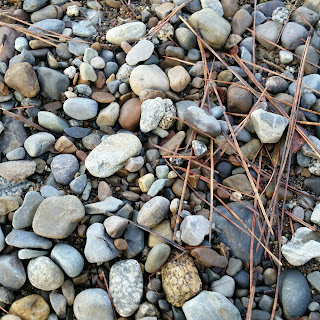 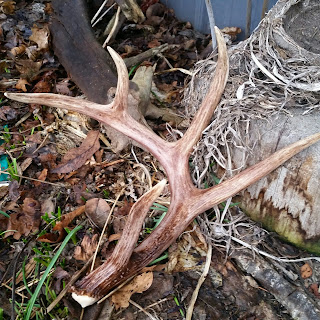 Pondering how to work all this into lamps and lights that plug in vs. batteries.
Posted by Nan Drye at 9:09 AM No comments:

Email ThisBlogThis!Share to TwitterShare to FacebookShare to Pinterest
Labels: quotes

The other day on Facebook a friend and I were lamenting the dreary winter we are having. It isn't cold, which is a good thing, but that means no snow and thus the world around here could be described as gray. With splashes of mud.

This morning on Instagram a teacher had her students go out and find small natural items that were "a color". Then they brought them back to the classroom and paired them up with small squares of matching colored paper. It just goes to show it is how you look at something. The array of color all spread out on the table was pretty amazing.

So, I had to take a short walk today to show bursitis who's boss and decided to look for winter colors. Here is what I found.