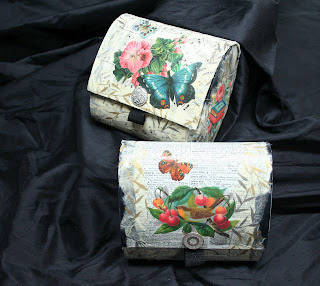 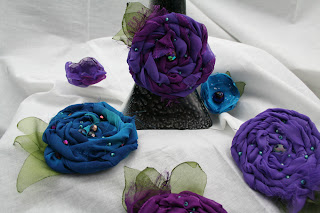 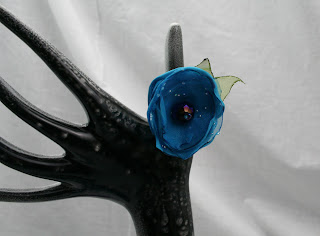 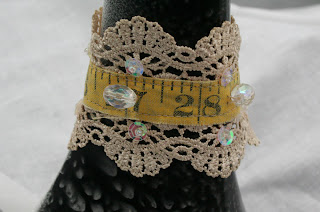 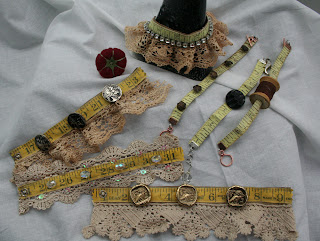 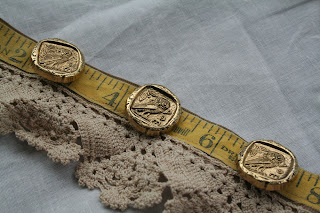 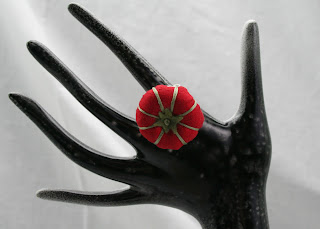 Email ThisBlogThis!Share to TwitterShare to FacebookShare to Pinterest
Labels: work 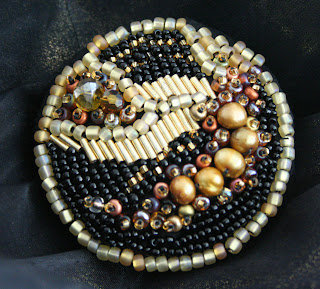 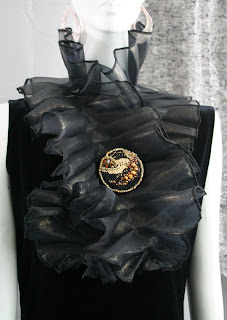 The Custer Show at the Spokane Fairgrounds will be one week from today and I thought it might be fun to post some of the newer items I will be bringing with me. 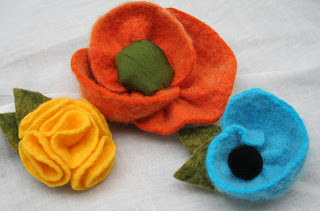 I have been playing around with the wool I dyed in November, in addition to fingerless mitts I made these flowers, which can be worn either in your hair or pinned on to a jacket, hat or purse.
Posted by Nan Drye at 9:31 AM 1 comment:

"Everything you do is Zen." Bodhidharma 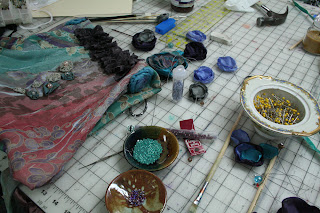 Email ThisBlogThis!Share to TwitterShare to FacebookShare to Pinterest
Labels: work

Here are some shots of some new bobby pin flowers, the first picture is of some I am making with fused glass cabochons I got from my friends at Dog and Pup Studios. I thought the sheer fabric really set off the sparkling glass. 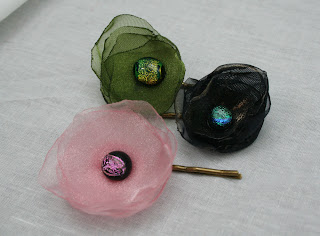 The second image is of ALL their little bobby pin buddies! 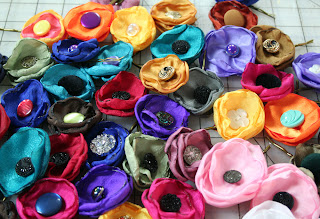 I am working on some collaged boxes, I haven't decided if they will have some sort of actual purpose when done or whether they are just fun boxes. 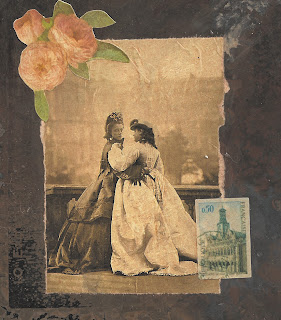 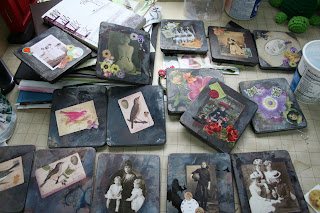 I spent Sunday filling out show applications. It cracks me up that some shows want pages of information-including a dozen photographs and a reference from your 3rd grade teacher as to your honesty and character traits and others just want images ("Just the facts ma'am.")Which let's face it, is really what it comes down to. The work. My favorite applications are Zapplication as all one has to do with the pictures is pick out which ones from your stash you think the show organizers or jurors will like, fill in the questions they may or may not ask, pay your money and Presto! You are done. While I am currently making curtains out of my old jury slides and am truly grateful that KODAK quit making slide projectors I think we are still at the stage where digital images are making things a bit tough. If every show in the world would just go to ZAPP standards for images it would solve it all. One show only wanted images and an artists statement, which I think is great-short and to the point. The only problem was they only gave you 200 characters (including spaces). Some art business blog I was reading said you should have an "elevator speech" so that when somebody asks you what you do you have a pat answer. I guess I need to come up with one as while what I finally wrote down isn't quite as brief as the title of this post, it was almost that bad!
Posted by Nan Drye at 9:55 AM No comments:

Only Time will Tell

The RiverSpeak show will be up until the 26th and the live performances will be the evening of the 17th. 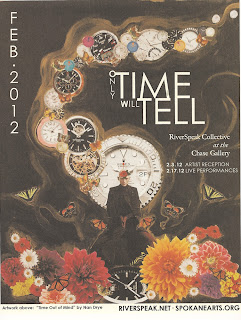 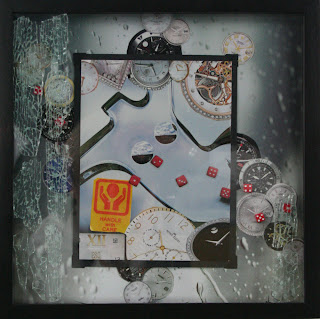 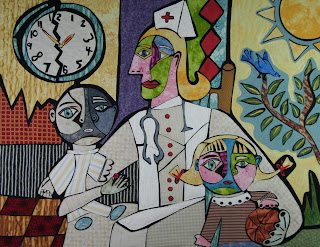 I am supposed to be editing photos for my Etsy shop. But tonight's evening news has pretty much made the top of my head come off. Lucky you!
During KREM 2 news tonight they interviewed local high school football players about what college they were "signed" to. Don't they have to apply to college just like everybody else? Like, say, pre-med students?? They had these kids lined up at banquet tables like it was some kind news conference. As a proud parent of male offspring; HAVE YOU EVER ACTUALLY SPOKEN TO A 17 YEAR OLD BOY? Really? They gave them the same kind of time as if they had discovered the cure for cancer!
SPEAKING OF CANCER; did you see what good old Susan G. did? This is a prime example of why I can't stand this organization. This group of over achievers doesn't want to race to anything except their bottom line. As a former breast cancer patient the maudlin advertising for their "----- for the cure" events ( I am afraid to even use the phrase for fear they will sue me as they have others) has made me sick from the moment I found out I had the disease-ten years later it still does for many, many reasons. How dare some giant corporation presume that one kind of cancer is more tragic than another or that they know anything about how I feel about my experience and then use people's perceptions of the disease to raise millions; a lot of which pays large salaries and overhead and cures nothing. Then to have the audacity to sue people that are trying to raise money for the same sort of cancer!
Planned Parenthood provided my health care from the time I was in college until several years into my marriage. My early prenatal care was provided by them free of charge. It provides basic health care for thousands of women who would not receive care elsewhere. How many of them will be die FROM BREAST CANCER due to lack of a mammogram (which is what the money went for) because Susan G is alining themselves with the minority far right in this country?
Why aren't the kids with good grades given the same attention as those in sports? Why don't we celebrate some one that may actually discover the cure for all cancers?
Posted by Nan Drye at 7:49 PM No comments: