I use winter for messing around with the ideas that have been haunting me all summer and have had no time for. The truck is all loaded up for Custer's Christmas Arts and Crafts Show at the Spokane Fair and Expo Center November 18th, 19th and 20th; I now have time to play before working this weekend.

I unearthed a book called "The Organic Artist" by Nick Neddo. Nick is a very talented artist and this is a very cool book. He generously gives instruction for all the hand made tools and supplies he uses. Making ink peaked my interest, mostly because I had some Oregon Grape berries in the fridge. Not nearly the amount he calls for in the book, but enough to see what I thought of the idea. For those not from the Northwest, Oregon Grape has leaves like a holly plant and the berries are a dusky blue instead of red. There is creeping and upright variety. I was curious to see what color the ink would end up as when you smash the berries they make a purple, but when I tried to include them in eco printing (with iron or rust mordant) they made kind of a gray splotch.

As per instructed I mashed them with a mortar and pestle until totally mashed. Then I worked them through a fine mesh strainer. If I had enough berries I would have also worked it through a coffee filter to get rid of the remaining bits, but since this was just a fun rainy day kind of experiment I figured I would lose too much juice. Even so, there wasn't a whole lot of solids floating in it. Nick used vinegar and salt as a preservative/mordant as he feels since you can't make alum at home it wasn't what he was interested in doing. Since my mixture seemed quite thick I added some vodka (thought it would flow better than vinegar) and a tiny amount of salt. Since vodka will kill about anything I decided vinegar wasn't necessary, although acid is used as a mordant in berry dyes without much color shifting.


As you can see, it came out a lovely pinky purple color, which turned more purple when it dried. Not only did it have a nice flow, but I had some clean stamp pads laying around (see what happens when you clean? You find toys you forgot you had!) so I put some in one of those and it stamped pretty well, although if I were going to do this again I would do the extra strain through a coffee filter as the floaty bits did show up in the stamped image.The color seemed a bit different depending on the kind of paper used, but I could not get that change to show in the pictures, it was pretty subtle. I used watercolor paper, bristol board and Japanese calligraphy paper to paint and stamp on. Although all are probably archival, they do have different chemical make-ups so it makes sense that the color appears differently, just as it would on different types of fabric.

I got so excited I put these pictures up on Facebook and a friend commented that she could see this done on silk. Nick does state that berry inks will fade with exposure to sun, which with paintings and drawings you try to avoid anyway. So, yes I could see this done to a fine silk that was to be used in a wallhanging or art piece, being conscious of the fact that it is in no way permanent or archival. That being said, what if one was to add alum, either pretreating the fabric first or to the ink itself?  Since no heat is used in this process in order to get this really vivid color, it still wouldn't be washable (probably) but might be worthwhile for other types of art or craft. I think it warrants more experimentation at any rate. When I come across berries again I will try to have suitable fabric at the ready. 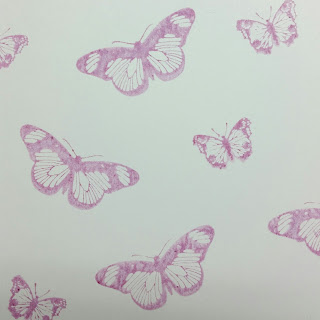